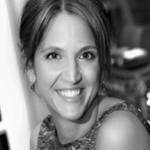 Naturally creative and impeccably diligent, Sarah began her career as a concert pianist. Having played the piano since the age of eight, she went on to become an accomplished session musician, performing at many of the world’s most prestigious venues. She recalls how these experiences first inspired her to pursue event planning: “I became drawn to the idea of having another creative outlet and something which would play to my strengths, particularly my attention to detail. This was the inspiration for Orchid Events, a bespoke party planning company with a focus on creative, imaginative parties.” With her extraordinary vision and her meticulous planning abilities, Sarah has shaped Orchid Events into a leading light of the event planning industry.

However, Orchid Events was not Sarah Balfour’s first foray into the business world. She had already proved herself a skilled entrepreneur, founding and building a successful music and entertainment agency, Music By Arrangement. Established on the core principles of fair practices, great service and outstanding musicians, Music By Arrangement flourished and now has over seven hundred artists on its books, including exclusive acts such as an incredibly charismatic swing cabaret act called The Hat Pack and an exceptional party band called Xtatic, which comprise some of London’s very best session musicians.
Throughout this time, Sarah continued to play piano, exposing her to lavish parties and stunning venues. It was at this time that she began recognising her party planning abilities: “I remember one, slightly surreal, occasion in which I was playing at an amazing 1940’s themed after party for one of Hugh Grant’s films. Each aspect of the event was authentic to the era and planned to perfection. I took notes of everything that was going on around me and realised, I could do this.”

Sarah was committed to making Orchid Events exceptional in the industry. She wanted it to thrive on inspiration, on excellent service and on producing one-of-a-kind parties for each and every client: “My team and I have now organised hundreds of events around the world, ranging from Luxury weddings and music festivals to street parties, like London’s Mozart Centenary celebrations.

Get to Know us